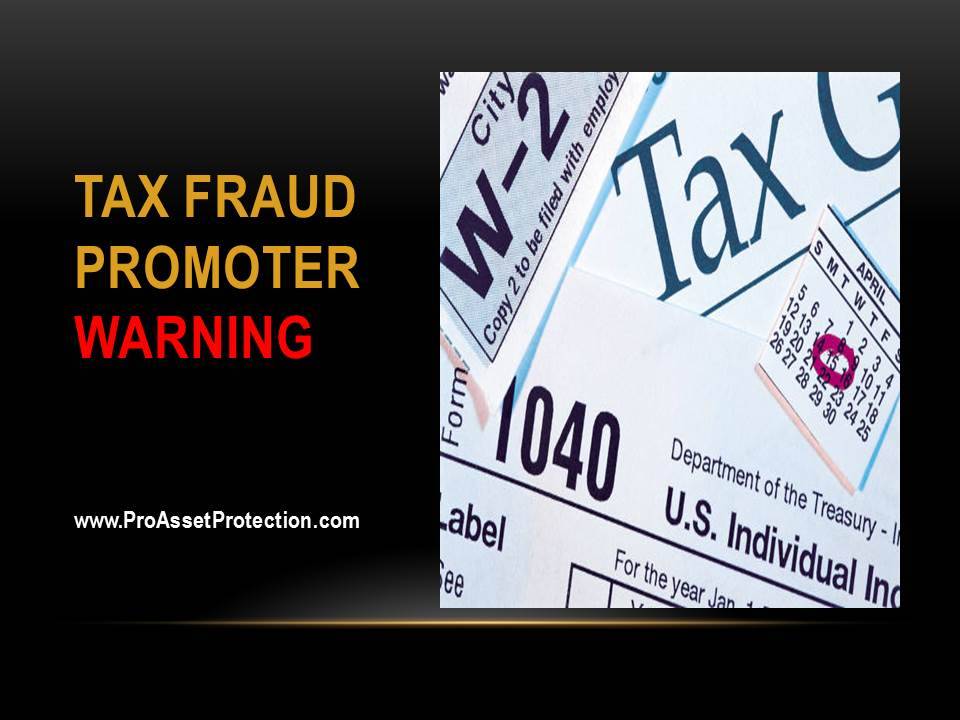 The year-end planning rush so familiar to physicians has many pitfalls including a variety of serious tax scams. Some scams covertly target you externally, while others are actually brought to doctors and business owners by their own would-be advisors; today we provide some red flags to look out for on both fronts.

This is part of  a series of due diligence articles on planning strategies that are part of the year-end tax shelter and financial product sales rush nearly every business owner and doctor reading this has probably experienced. Our first discussion included tips on big-ticket purchases like life insurance and captive insurance  companies; today we examine two patterns of tax fraud to be aware of.

When You Are the Target – External Threats

In some cases threats come from professional criminals that target your identity or even your tax return itself. Every tax paying American doctor should spend a few minutes reviewing the I.R.S. Dirty Dozen List of tax fraud and tax scams, which is updated every year. While the list is not complete, it outlines twelve of the most common scams, some of which are relatively easy to spot when you know what to look for. About a third of the items on the I.R.S. list involve you being the “victim” of some form of fraud related to your tax returns and include phone scams, phishing and ID theft in several forms including filing false returns , posing as you you and collecting a tax return (that you often were not actually entitled to) on your behalf.

Scammers often get a six-month or greater head start with this type of fraud because they know that many doctors in particular tend to file their taxes late, with an extension on September 15th. It won’t be until after your actual return is filed that either you or the I.R.S is aware of the fraud.

Beware of Promoters and Accidental Taxpayer Fraud by YOU

A variety of strategies sold as “tax shelters” whether that exact verbiage is used or not put you in the hot seat as the tax payer and the individual whose signature is on the bottom line of the return, regardless of who you relied on in making those decisions. I cannot strongly enough reinforce

We’ve previously covered both the common frivolous arguments that often involve complex trust structures. If you see a plan involving a “Pure Trust,” “Admiralty Trust,” “Constitutional Trust,” “Patriot Trust,” or “Corporation Sole,” run and get a review of any actions you may already have taken by a third party CPA immediately, noting that there are many variations of this garbage sold under different names. Promoters of these highly illegal structures tell taxpayers they can opt-out of paying income taxes for a variety of reasons that contradict the U.S. tax code including on religious or moral grounds by invoking the First Amendment, that only employees of the federal government should be subject to federal income tax, and that only foreign-source income is taxable, among dozens of other spurious arguments. Some of these scams target a specific demographic and prey on our current economic and political tensions by target largely boomer aged, political conservatives. We took a look at these issues and provided specific tips on protecting yourself from this form of political affinity fraud in a previous article; if you are considering planning that emphasizes these issues either explicitly in its materials or implicitly through the opinions and conversations person selling it, tread carefully.

Not every scam involves a trust however, many other dangerous tax dodges are dressed up as abusive retirement plans (often involving a life insurance sale), disguised corporate ownership that somehow ends in no one ever paying taxes on some portion of otherwise taxable income or using abusive offshore tax structures that achieve a similar result, typically with similarly flawed legal status. I’ll note here that offshore tools have many legitimate and legal uses by doctors and other high income individuals, I use them for financially qualified individuals for whom they help achieve some specific articulable legal goal every week. There is however, no tax benefit to these structures and they are all fully reported and taxed.