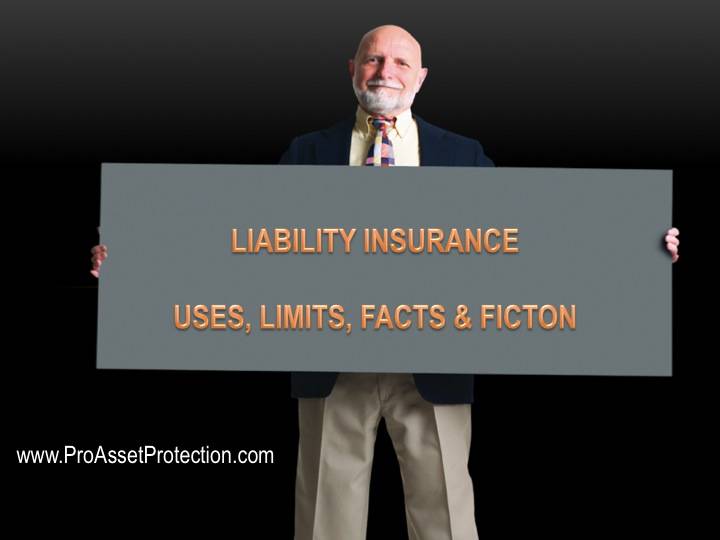 The law, like medicine, offers few absolutes: Personal liability umbrella policies are not a “magic bullet” that either always or never works.

Despite their limits, they remain a key tool in your personal asset-protection plan and your most essential (and affordable) first line of defense.

We’ve discussed the fact that many doctors and business owners have wrongly relied on their umbrella polices to provide greater protection than they reasonably can. In a previous article I highlighted a few simple issues to consider like gaps in either the “depth” of insurance meaning the limits of the coverage as well as the “width” of the coverage, meaning how many specific exposures the policy itself actually says it covers. To follow that up, we also covered a list of the most essential types of specialty liability insurance every doctor and entrepreneurial business owner needs and that almost no umbrella policies cover.

Surprisingly, this simple and cost-effective shield is often overlooked by both physicians and their insurance agents. This gap has proven to be disastrous for numerous doctors and other successful individuals I’ve personally spoken with over many years including three families that have been informed their liability insurance limits will be inadequate to cover damages in the last 30 days alone. A simple look at U.S. government statistics on auto accidents, as just one common exposure where an umbrella policy may be essential, shows us why.

There are approximately 11 million auto accidents in the U.S. per year according to U.S. Census Bureau statistics, resulting in 40,000 fatalities. Using even the crudest average, that means there are 800 fatal car accidents in your state every year.

Not a single one of the unfortunate souls involved in this statistic ever left their home in the morning imagining that they would be involved in accident that would change the lives of all involved forever.

Given the litigious climate we live in and the actual damages that such a tragedy produces, it’s not surprising that many of these accidents result in seven-figure lawsuits. In my state of Arizona for example, three of the top ten lawsuit verdicts of 2012 were for auto accidents, all were for over $5 million. Could your family and business survive such a verdict?

In most cases the answer is no, and even those who do have an umbrella rarely have more than one to two million dollars in coverage. This does not mean it is hopeless and you should just give up (this actually is a common response). It just means you need to understand the limits of what your umbrella actually covers and for how much and take proactive measures to organize your wealth so that any exposure is limited to the scope of the policy. A simple analogy is you locking your home and setting the alarm every day despite the fact that a window could still be broken. The lesson is always “take all the steps you can.”

1. Umbrella policies are not magic shields against anything that might happen, no matter how much it costs.

2. They are an essential first line of defense and the most cost effective and basic first step in your asset-protection plan. In many cases a one million dollar umbrella can cost just a few hundred dollars a year.

3. They have limits that are very clearly defined by the insurance company.

4. If the personal liability umbrella, the one that’s typically related to your home and auto coverage, is what you are considering, it probably won’t cover issues not reasonably related to either of those base policies in most cases. So, for example, a dog bite that occurs at your home may be covered but a lawsuit by an employee almost certainly will not.

5. My advice to clients is buy every dollar of insurance you can reasonably afford for as many reasonably predictable risks as possible. Assume there will be a gap in the coverage at some point and be a hard target beyond the policy itself.

6. Implement an asset-protection plan that legally separates your personal and professional assets and liabilities today, while you still have right to do so. I get dozens of calls a year from people who were too busy making money to protect what it took decades to earn.

7. Don’t go on ego, “I’ve never been in an accident” or your personal assessment of what you think your risks are, “we don’t have kids who drive.” They are called “accidents” for a reason and I see as many that result from safe adult driving as I do with teens and young adults.

This article originally appeared in another form at www.PhysiciansPractice.com, The Nation’s Leading Practice Management Resource, where Asset Protection lawyer Ike Devji has over 100 bylines and is a regular contributor.