Lawsuits Against Doctors Are For More Than Just Medical Care Delivered 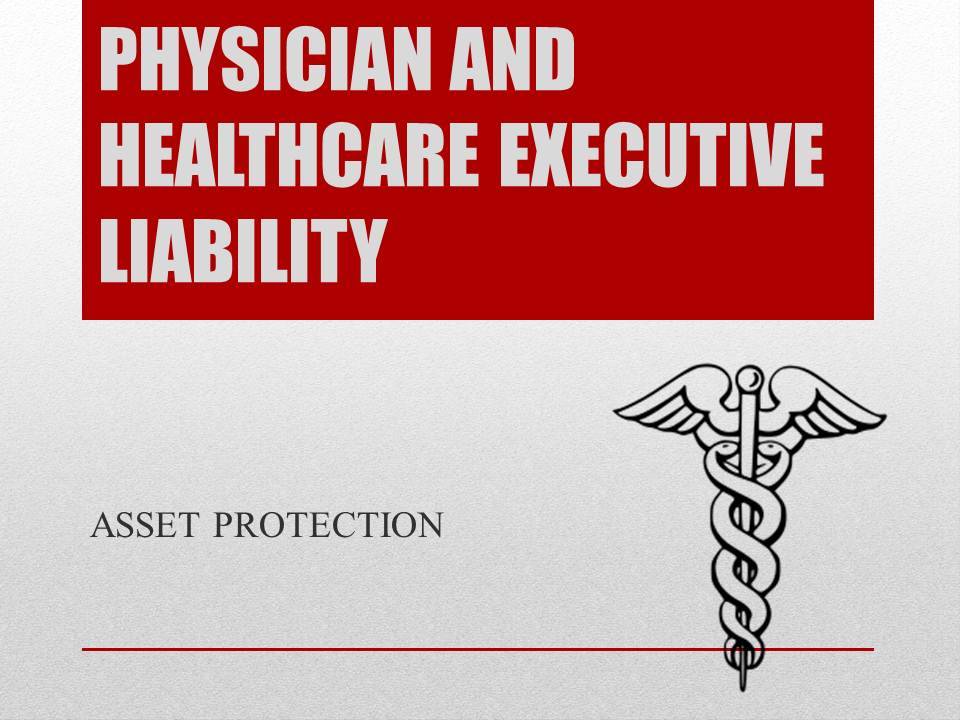 Getting back to the asset protection roots of our discussions, today we examine a variety of liabilities for doctors that are not strictly related to the “standard of care” at the center of most malpractice claims.

If you joined us last week, we discussed so-called “defensive medicine” and the idea that limiting diagnostics based on what third parties want to pay for can lead to tragic results for patients and their doctors. There’s a logical nexus between the most common cause of medical malpractice lawsuits and the issue of what is subjectively enough diagnostics and testing. Approximately 35 percent of all such claims are related to “failure to diagnose” including the closely related claim of “misdiagnosis,” according to a 2013 medical malpractice study.

As serious and obvious as this exposure is to doctors, the actual care delivered is only one of many reasons that patients sue doctors. Below we examine some recent examples that range from shocking to arguable, but in most cases, it is actually the doctor’s fault.

In one recent case that displays a shocking lapse of judgment, a California anesthesiologist put stickers on a patient’s face to make a mustache, gang tears, and etc., during surgery. Upon being shown the photo, the patient sued and her lawsuit seeks damages from the hospital, the anesthesiologist, and his entire medical group for violation of privacy, infliction of emotional distress, and other allegations. Her attorney said the plaintiff was forced to leave her job ordering and maintaining supplies for the hospital’s operating rooms because she was “ridiculed and humiliated while under anesthesia.” While this may seem funny, I know plenty of attorneys that would use an incident like this as de facto evidence of the surgical team’s ineptitude in the event of any adverse patient outcome (fortunately, not a claim here) and I’d bet plenty of courts would agree.

An even more egregious case is a $1.5 million suit in Cook County, Ill., that names Dr. V. Puppala, the Feinberg School of Medicine, and the Northwestern Memorial Hospital. A patient is claiming invasion of privacy and infliction of emotional distress according to court documents. The patient was allegedly admitted to the hospital in extremely intoxicated condition and was then allegedly photographed by the attending ER physician who photographed her crying, passed out, with an IV, etc., and then not only posted her pictures on social media but later refused to take them down when requested to do so by hospital security. The plaintiff patient is a Northwestern student that had the “potential to someday work for Fortune 500 companies, which may now not occur because of said photographs,” according to the complaint.

In perhaps a more defensible case, a New York physician was sued by a patient for testing her for HIV and telling her she had it without her express consent. The treating physician was concerned about her white blood cell count after her condition failed to improve despite continued treatment and he had blood drawn and had the test done, presumably to protect her health. Unfortunately, this is a case of “strict liability” as New York law requires specific informed consent, counseling after testing, patient education, and a litany of other conditions that control how this testing is administered, regardless of the doctor’s actual intent. Given the patient’s history of non-compliance, the idea that she would have gone through all the required steps is frankly ludicrous, but I imagine a “failure to diagnose” claim would have followed in the future had he not acted and had her condition continued undiagnosed. What’s the right answer? Hard to say in case like this, perhaps having her sign a strongly written (i.e. by a healthcare lawyer) waiver of the test would have helped.

No compliance plan can protect doctors where shocking conduct, lack of common sense, or a failure to follow state law controls the claim. As always, effective asset protection for doctors involves doing the right thing in terms of policies, best practices, insurance and legal structures, and compliance for all medical personnel in the chain of care including staff and enforcing the same for your physician partners, who hold the future of your practice in their hands as well every time they see a patient.