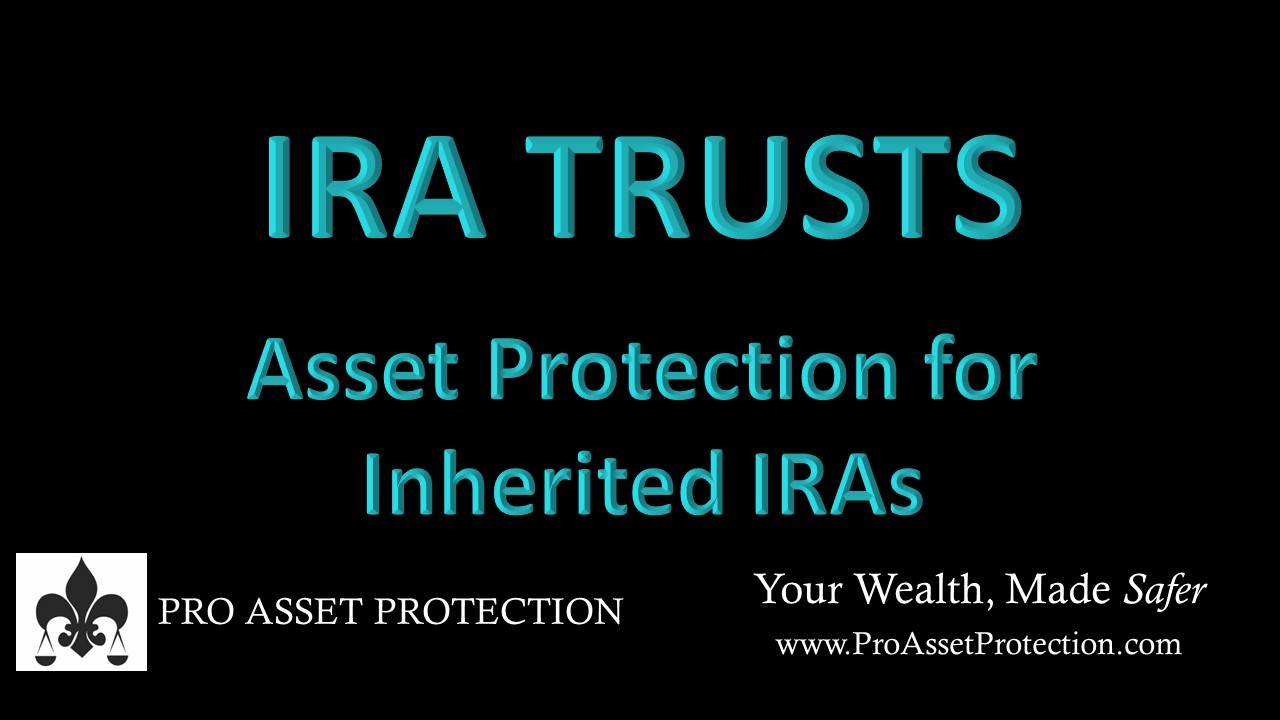 Although IRA asset protection is provided by law to most personally owned and funded IRA accounts there are several other important asset-protection issues doctors, business owners, and other successful individuals need to consider.

The (very) general rules of thumb about IRAs: For the purposes of brevity in the context of this column, in most cases, your own IRA accounts are protected up to about $1 million in total assets for you and your spouse by both state and federal law, with slight differences in state law and with notable exceptions for both divorce and federal tax liens.

A game changing case from last summer — inherited IRAs A case from 2014 made ripples across the estate planning and asset protection legal communities, but is still largely unknown to the general public.

In the case of Clark v. Rameker, a parent left her adult daughter, Heidi Heffrom-Clark (Clark) an IRA account with some $450,000 dollars in it. Clark took distributions without issue for nearly a decade before she and her husband were forced to declare bankruptcy in 2010. Clark claimed that the remaining $300,000 was an “exempt” (meaning creditor protected) asset not available to bankruptcy creditors because they were IRA proceeds. The bankruptcy court and the bankruptcy trustee disagreed and the fight was on. It lasted four years, went through four separate courts, and with what I can only imagine were devastating legal fees, before finally being resolved by the Supreme Court last summer.

Essentially, the court held that an Inherited IRA is not creditor protected because it has a very different structure and purpose than the interests the law protects for the person who originally created it, including a lack of access restrictions, the inability of the beneficiary to contribute, mandatory withdrawals, and other differences.

As such, the person named “beneficiary” of an IRA (the person who inherits it after you) is an issue that should be of significant concern.

Who should be worried about this?

Those leaving money to non-spouse heirs. Many of my successful clients have six and even seven figure IRA accounts that they may be fortunate enough to be able to leave to their heirs in whole or in part. Your heirs’ liabilities and creditors, including various lawsuits, bankruptcy, potential divorce, and professional liability all put that money at risk. You should also have a concern if your state law simply says that “IRAs are protected” — leaving that statement open to interpretation whether that applies to your circumstances. It would likely be a long and expensive legal process like Clark suffered above.

Those who stand to inherit IRAs from their own family. We are also find that many of our physician clients have parents and other relatives who were successful (and frugal) enough to not have depleted their own IRA accounts, a number of which have grown at a compound rate for decades and amount to very significant sums. If you stand to inherit such an asset it will very likely be subject to your own professional liabilities and asset protection concerns as well.

What if my state law explicitly protects inherited IRAs?

Then you’re probably in decent shape with two exceptions, which are really pretty braod:

1.  If  you as the beneficiary ever move to a state that does not protect inherited IRAs or;

What the solution? An IRA trust.

One solution is to name a trust as the beneficiary rather than an individual or group of individuals directly. These special purpose trusts (which are separate from your general estate planning and other trusts) are built to comply with applicable IRS regulations and are drafted with creditor protection features that allow the trust to hold the funds and make distributions to the beneficiaries as required at the discretion of a trustee, who is in turn controlled by a variety of tax rules including minimum required distributions.

While this structure provides a great deal of creditor protection it also adds some complexity and expense in the form of legal fees to have a competent attorney draft the trust, a corporate trustee if one is desired, and an annual tax return for the trust as a minimum.

That said, these relatively  minor issues (and the cost of the trust which is only a few thousand dollars) are significantly outweighed by the benefits provided to finically qualified individuals with large IRA accounts. Most people in this category use their IRAs last, as it is “safe money”, creditor protected and for a variety of other reasons which makes the estate planning surrounding this asset increasingly important.