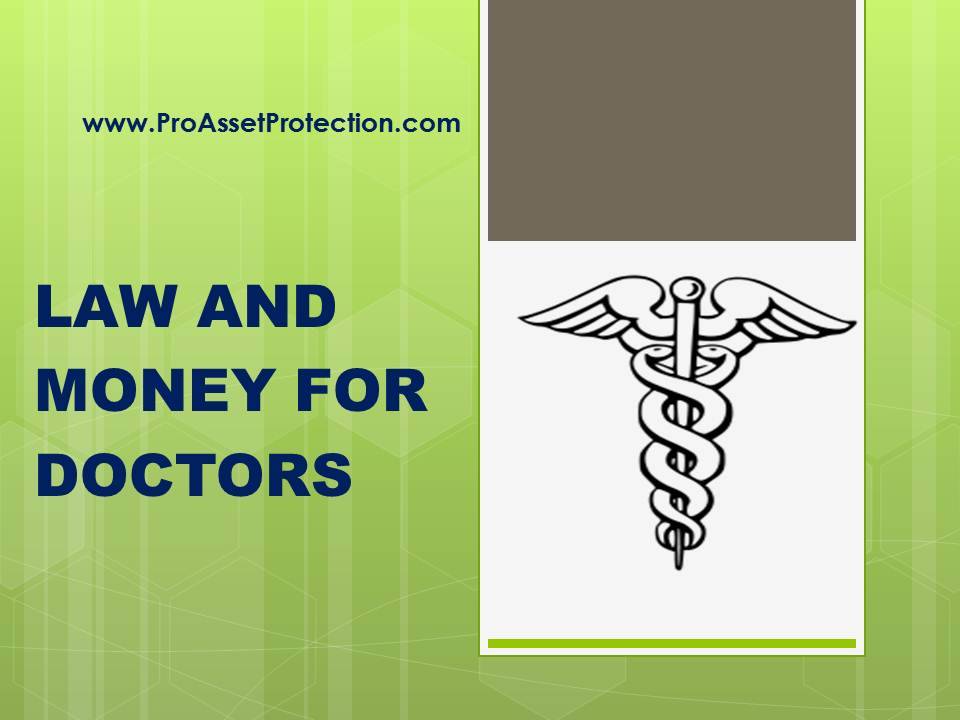 In our discussion two weeks ago we introduced the Asset Protection Trust (or APT) as a tool and answered some of the most frequently asked questions regarding what it is and how it differs from the estate-planning trust many doctors already have in place. We continue our discussion of the APT this week and examine the often argued and misunderstood issue of jurisdiction, that is, the place and laws under which the trust is created that ideally control any legal action with or against it.

The most basic division between choices is simple; APTs can be on-shore or “domestic” or offshore, typically referred to as “international” or “foreign.” Look for these prefixes to indicate this elemental distinction. Both DAPTs and their offshore or international (IAPT) counterparts share some common elements:

• They must strictly comply with all legal, formational and operational requirements imposed by a specific jurisdiction and state so in their drafting

• They have trustees appointed to mange the trust and its assets

• Some require that the assets seeking legal protection are actually located within the jurisdiction and that an approved local agent, trustee or authority is appointed

• Neither structure is secret or tax free, despite what’s promised

There are a number of states that have created laws that allow the formation of a domestic APT or DAPT in their jurisdictions. This number has grown over the last few years due to consumer demand and the states’ realizations that they can generate significant fees as part of being in the trust business.

Among the most popular of the DAPT jurisdictions are Nevada, Montana, Delaware, and Wyoming but there are many others that have similar statutes. Experienced planners have strong opinions about which jurisdictions are best and why and should be able to explain the benefits and how they can effectively apply to you and your assets well beyond just, “Because we are in state X”.

These trusts are typically less expensive than their offshore counterparts but are as yet untested on any wide scale and rely on the hope that, for instance, a judge in California with jurisdiction over a California defendant will refrain from trying to grab that defendant’s assets in Nevada because Nevada says they are in a special trust. This also unfortunately flies in the face of “full faith and credit” which essentially states that a judgment in any state is good and enforceable against a defendant and their asset in every other state. Large numbers of DAPTS have been established over the last few years in various jurisdictions by planners of widely varying skill for clients with questionable timing.

I’m a strong believer that “bad facts make bad law” and given the number of bad fact-planning cases that have been executed in the last few years, I feel it is likely that you will see many of these structures pierced. Although these cases should be judged individually on their merits, human nature makes it more likely that they will begin to be viewed as a group by the courts and either generally upheld or viewed as ineffective. Until that drama plays out I advise not be in the legal equivalent of a clinical trial.

Consumers must be wary of who they chose to work with for both DAPT and offshore-based planning. There are significant ramifications for making transfers to these kinds of vehicles including tax, estate, and fraudulent conveyance issues that you must understand or have counsel that does. Many recent entrants to the asset-protection business are applying form documents without a full understanding of their use and how it will affect your future defense, control, and use of those assets. Get personalized help from an experienced attorney who can help make sure that you are following the letter of the law to get any and every possible benefit the trust may provide.

Our next discussion on this issue will turn to the use of offshore asset protection trusts by doctors and the myths surrounding IAPT planning and its effectiveness.

This article was originally written for and published by www.PhysiciansPractice.Com, The Nation’s Leading Practice Mgmt. Resource, where Mr. Devji is also a regular contributor.

PrevPreviousWhat Could Bravo’s ‘The Queen of Versailles’ have to do with Asset Protection?
NextThe “C” Word in business: Vital Issues To Consider With C-CorporationsNext